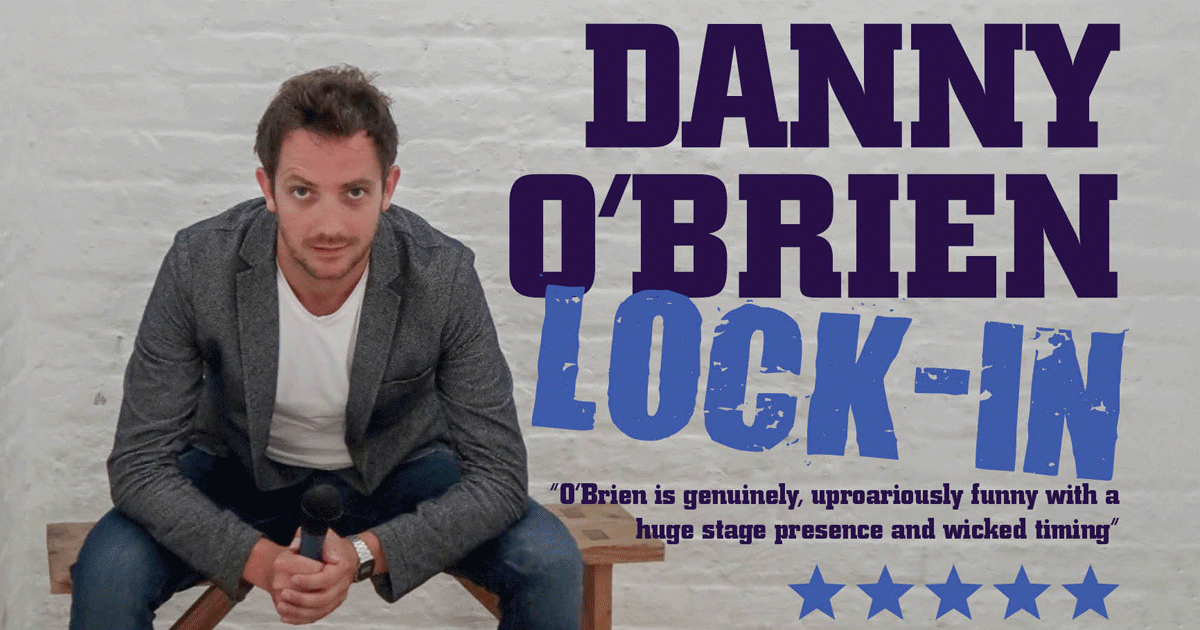 Award-winning Irish comedian Danny O' Brien went to prison. Three times to perform. Once again by accident. He's performed relentlessly worldwide and taken up a new religion through the medium of a hangry hangover. Danny was handpicked this year to perform as part of the iconic Best of the Edinburgh Fest show touring Australia, has featured on The Comedy Channel and is a regular on Irish TV and Radio. He recently opened for American comedian Bill Burr in front of over 7,000 people in Dublin. 'Lock-In' has already sold out at Galway International Arts Festival, The Edinburgh Fringe Festival and a 10 city European run of shows! All before his biggest tour to date this year across 12 International countries around the globe! Book your tickets now to avoid disappointment!

"A perfect mix of brains, banter and brilliance"- Great Scott ★★★★★

“He opened for me at the 3Arena and f*cking murdered it!”- Bill Burr